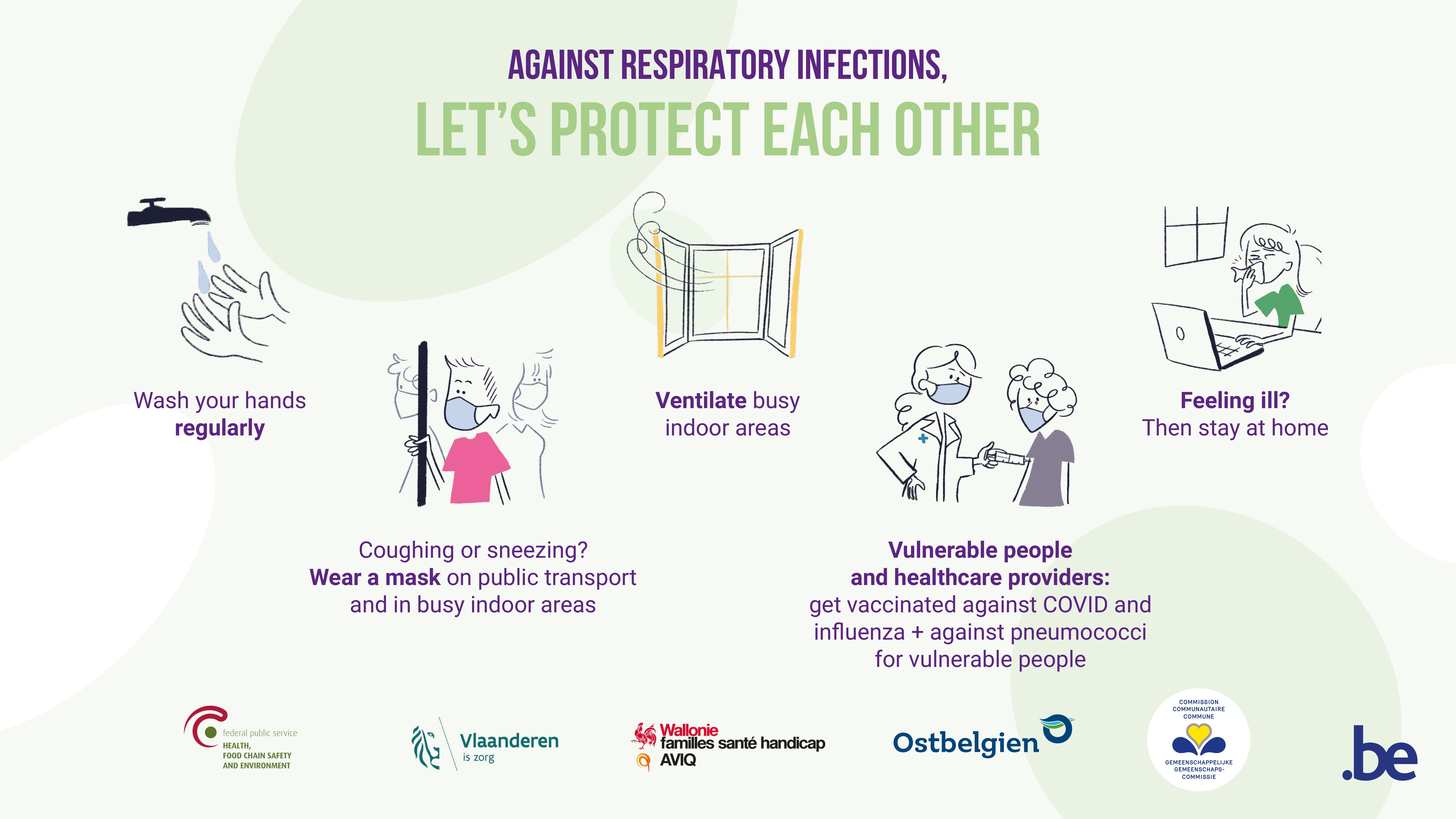 The Belgian government is launching a major information campaign on 9 April, so we can continue the battle against coronavirus together.

Although the safety measures have now been in force for a little over three weeks, we need to stay vigilant and continually remind ourselves of the essential steps for combatting the COVID-19 pandemic together. All national authorities, at federal, regional and community level, are working together to inform the population.

The Belgian authorities have continued the information campaigns since the start of the pandemic and will keep communicating about the measures needed to stop the spread of the virus.

The campaign, which the FPS Chancellery of the Prime Minister is co-ordinating at a federal level, has come about in collaboration with the FPS Public Health and the National Crisis Centre, in consultation with the communities and regions and with their full co-operation. It was developed by the mortierbrigade agency.

A campaign for the general public with maximum dissemination

The first step is to remind the population at large of the most important messages:

These messages are intended to remind everyone that we need to keep going, even though we might feel like we’ve had enough and despite the good weather. They will be disseminated via radio and TV slots, social media, Internet banners, posters or screens in public places, in bus shelters, supermarkets, pharmacies, on cash machines, etc. These will be in the three national languages along with English.

All the guidelines have been worked into the subtitled TV slots and minimalist animated films, with the intention being to respect these better today in order to enjoy life and those close to us as much as we can tomorrow. The messages via radio, print, Internet or social media will adopt the style, colours and tone of the messaging from the Crisis Centre and the FPS Public Health. This will maintain a coherent and effective approach to all the government’s efforts in terms of communication.

In the second phase, both the campaign and the various messages will be tailored to the target groups, as well as the evolution of the pandemic, the measures from the National Security Council and, lastly, the gradual lifting of the measures. The campaign will aim to guide the entire Belgian population through the various phases of the crisis that we are currently going through in the battle against the coronavirus.

Messaging tailored to particular target groups will therefore emerge, including at the request of the regions or communities, in order to better respond to specific themes. These could include the situation in schools or parks, or the battle against fake news.

There will also be other initiatives to complement the campaign. The King Baudouin Foundation has mobilised young people to share positive and inspirational testimonies. Moreover, the campaign will also receive active support from the voluntary sector.

Some businesses are supporting the Belgian authorities' campaign by making their network freely available or through making unprompted budget donations to the campaign. This allows the campaign to run freely on the Twitter and Facebook social networks, as well as on the digital screens of Clear Channel, STIB, TEC, Publifer (at the stations), Redpharma (at pharmacies) and Febelfin (on cash machines). The Carrefour and Colruyt supermarkets will also disseminate the campaign in their stores for free and many media channels have granted discounts for its dissemination.

Let us all, government and citizens, young and old, from all corners of the country, share information together and set a good example for combatting the virus. Let us now keep going, so we can return to life before the crisis. Take care of yourself and of others!